What are the banks thinking? 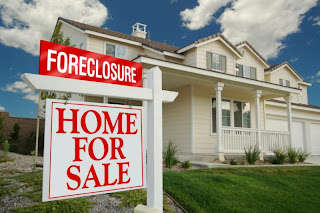 Last week, I took a buyer into a bank owned "REO" property where the bank decided to have a company come in and rehab the inside (paint, carpet, new appliances and flooring bathrooms and kitchen). You can tell they took the lowest bid for the work because the work is okay but very little attention to detail.

The property was priced right and I was sure it would go fast. My buyer is an investor so he was only interested at a price where he could "finish" the details and really make it shine (about 30% off their list price).

So, we submitted an offer at his price and they countered only $900 off their listing price. Neither of us was surprised so we didn't think much of it.

However a couple of days later, I get a call from the listing agent wanting to know if we wanted to counter again. I told her we were so far away we didn't want to waste their time. She convinced us to counter so he did only a couple thousand higher.

To our shock an amazement the bank re-countered dropping their price drastically very close to my buyers counter and he agreed to come up another thousand and now it's under contract.

I don't know the reasoning behind the banks decision, but I do know, in this case, the listing agent didn't help the bank get the most they could.

This listing agent usually has around 200 REO listings at anytime. She has a large staff, but the attention to detail gets lost in the shuffle.

For this particular listing, I mentioned the bank hired someone to update the property. After these updates were made and it was put back on the market, there were no new pictures. The listing still had the old ones that showed the distress. There was NO information in the remarks section about the updates, just the standard REO listing stuff.

#1 - Why are the banks not spreading their listings over more agents that can provide better attention to detail and get them higher prices?

#2 - Why are the banks not turning their listings over to real estate agents capable of doing the best marketing available today ... online auctions? For some reason, they wait until a property has been sitting for a few months and then turn it over to large nationwide auction "clearing house" which can't pay attention to detail either (I've shared the lack of marketing and coordination from those companies in past emails).

Solution: - The banks need to get on board with the use of the best technology and marketing available today. They need to require their listing agents to use an online auction process from day 1 and sell these listings to the highest and best offer within 2 weeks or less. This would have a drastic effect on the bank inventory nationwide. It makes sense and it's simple and I'm sure it will happen at some point. Hopefully sooner than later.
Posted by Tom Wood at 12:10 PM