What can you learn from "live" auctions? 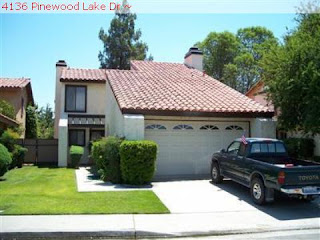 I've attended several "live" real estate auctions in the past to observe and learn. Most of them I've attended were successful, but I've also attended a few that haven't been.

There was even one I attended that didn't receive a bid. I really felt bad for the auctioneer and the seller. All the time and money they spent and only about 20 people showed up. Unfortunately, that's just part of the business.

There is a lot to learn by observing a live auction and the most important thing I've learned is marketing. If the auctioneer can't get people to show up, it doesn't matter how well he can work the crowd, the chance for success is minimal. For each "live" auction, thousands of dollars are usually spent on direct mail, newspaper ads, etc with no guaranteed results.

That's why I've been so drawn to using online auctions. The success is still greatly effected by the marketing, but it is much easier to get people to show up online than on site. I've seen it over and over again. If you do a good job marketing your online auction by using signs, holding open house previews, using craigslist and other Internet marketing, you will attract attention and you will receive bids.

Unfortunately, most people I see using online auctions aren't doing the marketing. Instead they throw it up on a site like Ebay, RealtyBid, or our site REIAuctions and expect it to sell. They are depending on the traffic to the site alone and that usually isn't enough.

The real key to successful online auctions is a strong marketing effort combined with the existing traffic on the auction site you are using.

It really isn't that hard, the cost of time and money is minimal, and the results are usually impressive.
Posted by Tom Wood at 8:29 AM